A Brief History of the Madison Dog Park

As we celebrate the 10th anniversary of The Madison Community Canine Area (aka, Madison Dog Park), we thought park users would enjoy learning about how the Park came to occupy its current location and the brave men and women who made it happen.  Many users may not know that the Park was established at its current location only after a prolonged and sometimes contentious process, after it was determined that its former location sat on a Civil War historic site.

It all started in 1983, when Arlington County first mandated that dogs had to be secured by leash when not within the property limits of their owners.  Around the same time, the County designated a “dog exercise area” about 150 yards northwest of the Park’s current site that happened to be within Fort Ethan Allen Park.  The County installed temporary fencing and the site became popular as dogs enjoyed playing in the safety of an enclosed space and their guardians socialized with one another.

The dog park remained this way for more than 15 years until, in early 2000, when the County installed “permanent” chain link fencing.  Regardless of whether that was the “last straw,” soon thereafter, a coalition of groups (including the Heritage Alliance, the County’s Historic Affairs and Landmark Review Board (HALRB), and the Old Glebe Civic Association) banded together to seek to remove the dog park from its existing location because it was on a historic Civil War site.  (In fact, a few remnants of the Fort Ethan Allen complex still remain, such as munitions magazine embankments.)

In response to that effort, dog park users formed their own coalition for fear that the park might be closed for good or moved to a less desirable location.  In addition to dog park users, led by Karen Hansen, this alliance included Arlington Dogs (an advocacy group for dog parks and their users), nearby homeowners’ associations and, ironically, some members of the Old Glebe Civic Association.  Judy Green, Suzanne Bolton and other Arlington Dogs members provided crucial guidance and support, together with Jeanie Wilton of Chain Bridge Forest.  The debates, meetings, discussions, and disagreements that followed have subsequently been described as “A battle lasting longer than the Civil War itself.” 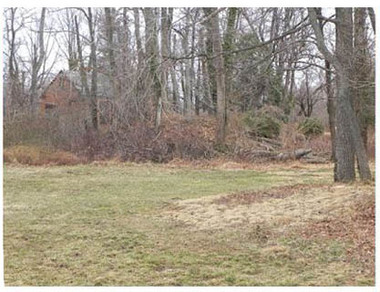 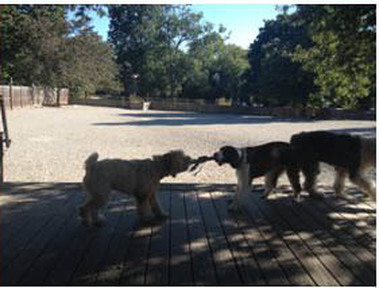 The SG - - and all park users - - sincerely appreciate the support of the County Board and Mr. Lyndell Core, Parks Service Area Manager, Department of Parks, Recreation and Cultural Resources.